10 Thousand Cameras to Be Installed In Moscow Metro Lobbies

10 Thousand Cameras to Be Installed In Moscow Metro Lobbies 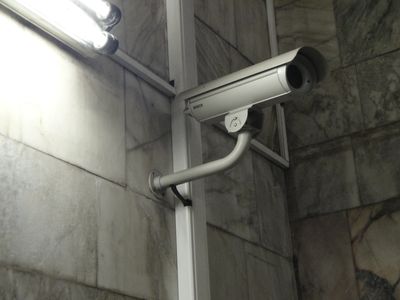 10 thousand intelligent video surveillance system cameras will be installed in all lobbies of Moscow Metro. The search for a company that will take the large-scale project will begin in November. The order will be published as a single lot; its cost will amount to approximately 4 billion rubles. According to "Izvestia", with a reference to the agency’s own sources in the state unitary enterprise "Moscow Metro", it is expected that the work on construction and installation will take at least 9 months.

According to the source, cameras with face recognition functions will be installed in service rooms, at ticket barriers, near entrance and exit doors of stations and in the transitions between them. The cameras will follow the flow of passengers. Train platforms and ticket offices will have “surveillance and situational CCTV system” designed to inform about emergencies and accidents. Developers promise that the newest system will help avoid tragic accidents: for instance, train drivers will receive warning signals in case a passenger falls down on the rails.

The system will also ensure restricted access to certain areas of the metro. In addition, the system will be able to carry images of wanted criminals, and cameras will be able to identify felons in the crowd. The Intelligent video surveillance system has already been tested at “Novokosino” station.

The work plan for the installation of the intelligent video surveillance system consists of four stages. During the first stage, cameras will be installed in all lobbies, then – on train platforms, after that - in service rooms, and finally – in train cars. The cost of all stages is estimated at 4 billion rubles – every stage will open with a tender. According to preliminary information, when the project is finally implemented, approximately 22 thousand new devices will be installed in Moscow Metro.

Currently, there are approximately 5.5 thousand cameras already installed in the capital’s metro. The company’s employees installed these devices in 2004 on their own. According to the source, all existing devices will be integrated into the future system of intelligent video surveillance.