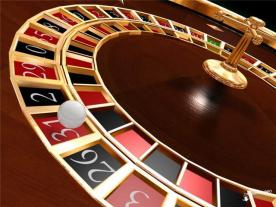 The Russian State Duma passed the bill regarding establishment of a gambling zone in Crimea. The regional authorities supported the initiative of the deputies.

According to the acting head of the Republic of Crimea, Mr Sergey Aksenov, the gambling zone is most likely to be established in Yalta. Another option is to open a casino in the five star hotels of Crimea and Sevastopol.

Mr Aksenov states that the authorities have already started receiving offers from potential investors. The first deputy prime minister of Crimea, Mr Rustam Temirgaliev tells the media, that 1.5 billion in private investments have already been collected for construction of the new gambling zone. The total sum of expenses is estimated to be ranging from 100 million to 1 billion dollars.

Mr Aleksandr Pedan, line manager of “4casino.ru” company (supplier and installer of security systems for casinos) shared his plans regarding the new gambling zone with RUBEZH magazine. He said: “We implemented over 30 projects on equipping casinos (including the Russian ones) with security systems. Speaking of Crimea, I can say that we are definitely interested in the project.”

Mr Pedan also pointed out the importance of investments for the project: “Our plans cannot be fulfilled on their own, without the plans that investors have in mind. In order to attract the investors the state has to provide for the development of the required infrastructures ".

As an example, Mr  Aleksandr Pedan mentioned “Azov-City” gambling  zone. He said: “There the Krasnodar authorities built roads, gas and electric infrastructures, which significantly simplified the task for investors, who were building the casino. In Vladivostok, on the other hand, the investor was requested to pay for the infrastructure and was promised to be later on compensated by the State, which the investor actually did. The political situation changed, the new governor appeared and the State changed its mind to compensate the investor’s expenses. As a result, construction of the casino was put on a pause”.

Mr Dmitry Morozov, sales engineer for Dallmeier Company, posed a question regarding economic profitability of establishing a gambling zone in Crimea: “The main question is, whether the tourists are going to gamble in Crimea? As the French Côte d'Azur, as well as the casinos of Monaco, are nearby, I doubt that Europeans will choose Crimea. Those, who live closer to the western boarders of Russia, are more likely to go to Belarus, because gambling has long been allowed there".